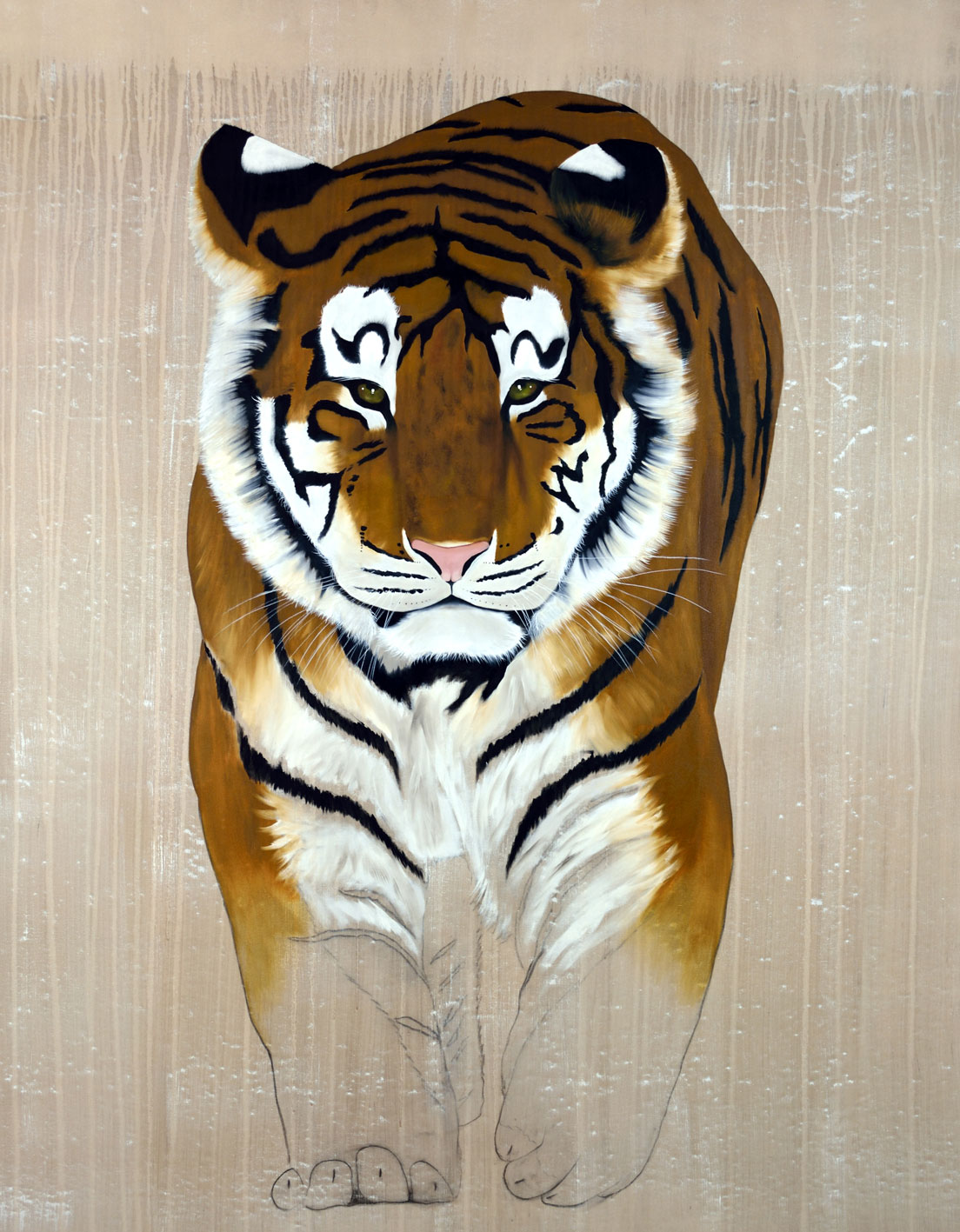 Click on the artwork to enlarge - Click to scale
The Siberian tiger is the biggest and the most powerful subspecies of tigers. It is the 3rd the biggest ground predator after the bear Kodiak and the polar bear. In 2010, the UICN considered that it stayed between 18 and 22 tigers of Siberia in China, 331 in 393 tigers in Russia and that it would be possible that tigers of Siberia survive in North Korea. Solid but very expensive projects of conservation of this magnificent animal have the effect of maintaining the stability of the populations. The Albert II foundation of Monaco supports these efforts...
Learn more